Crossway Scaffolding are delighted to have been announced as finalists in the NASC awards 2019.

The company have been shortlisted in both the Apprentice of the Year with Jordan Walsh, and President's awards. 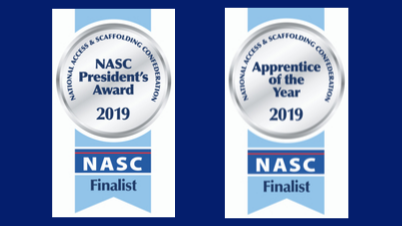 “Judges have reported that this year’s entries were incredibly difficult to separate, something that speaks volumes of members’ commitment to quality, safety, innovation and excellence.”

The awards ceremony takes place on 22 November at the Celtic Manor Resport in Newport.