As part of this major scaffolding package we have just completed the access scaffold to the two internal light wells in the building which are each 34 metres long x 14 metres wide x over 30 metres high.

The scaffold system we used is the Metrix System mainly because it was around half the weight of conventional scaffolding.

This was a major factor in deciding to use the system as everything had to be taken into the building by hoist and then by pallet truck across the floors and taken into the lightwells.

Another reason for using the system was we had to fasten the scaffold to the walls of the light wells as the roof below could not take the weight of the scaffold.

In all we saved 80 tons in weight in the two light wells alone and we therefore completed the work in half the time.

The total amount of tube used on this major project would stretch from our Head Office in Elland to the site in Liverpool and back – a total of 120 miles!!

Total material used on the project including boards, fittings and beams is 1200 tons. 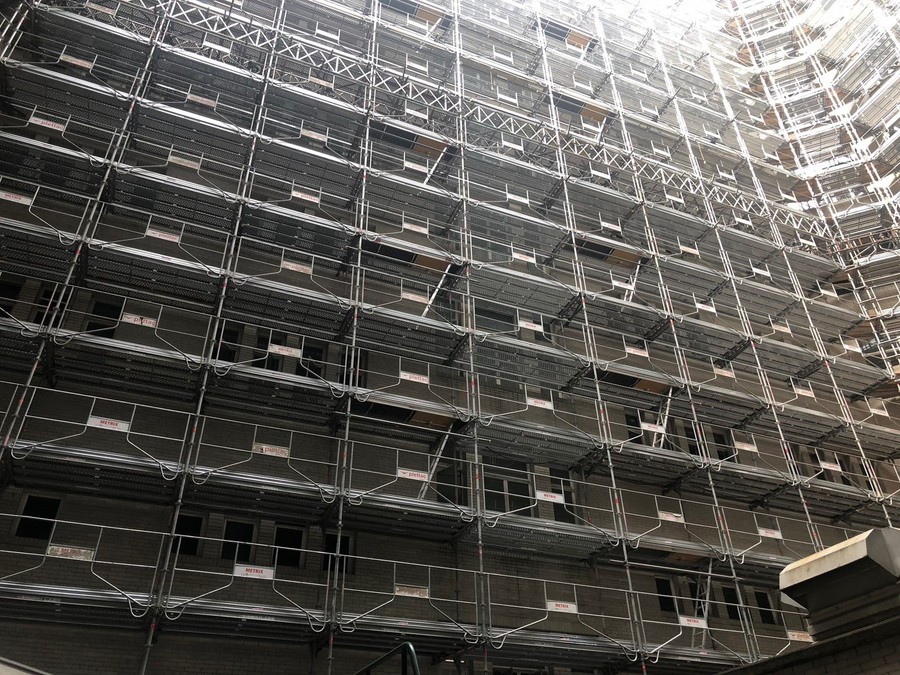